Re: On Mass Exodus Of Nigerian Nurses

Re: On Mass Exodus Of Nigerian Nurses

I read with interest an editorial in the Nigerian Tribune dated September 22, 2021 on the continuous exodus of Nigerian Nurses abroad. Speaking on the exodus, the Secretary-General/Registrar of the Nursing and Midwifery Council of Nigeria, Dr. Faruk Abubakar, recently pointed out that Nigeria had competent, efficient and hardworking professional nurses that could rank among the best in the world.

Albeit, he lamented the rate at which the nurses are leaving the country while blaming the country’s poor working conditions. According to the Registrar, more than 7,000 professional nurses leave Nigeria for greener pastures on an annual basis.

Over the years, Nigeria has witnessed increased migration of nurses to developed nations due to push factors including; low remuneration, poor governmental policies, poor working conditions, and pull factors such as good working conditions and better pay, medical facilities, which are offered by developed countries, among others.

However, it is disheartening to learn that the Federal Government pays less attention to the issue of mass exodus of Nigerian medical personnel to overseas countries. The fact that being a medical professional in Nigeria isn’t cherished is one of the principal factors that trigger migration of doctors and nurses from the country.

While airing her view on the issue, Mrs Stella Ekpendu, the principal, School of Nursing at the University College Hospital, Ibadan, said that there was nothing that the government could do to stem the tide of this mass exodus unless it was prepared to invest massively in the health sector.

“The exodus of nurses, for example, from Nigeria to abroad will not stop until the government addresses the issue of poor salary and the decay in the Nigerian health sector,” she said.

Looking at it critically from the perspective of monetary gain, some nurses who graduated in Nigeria received a paltry fee in the range of ₦10,000 – ₦30,000 as monthly take home allowance. However, it is good to note that their nursing school fees was nothing less than ₦500,000 per year in most of Nigerian Nursing colleges.

Even though we can’t compare Nigeria to most highly developed countries like Britain, where an average nurse earns about £15 000 ($22, 900; €23 400) monthly, it is obviously discouraging and heartbreaking in Nigeria to know that the best paid nurses earn a meager sum of about N300, 000 (£1700; $2500; €2600) as monthly salary. So, how does the government expect such person to survive on such amount while looking at the economic hardship bedeviling the country on daily basis?

To say the very least, it is appalling hat in a country that is under-staffed with health workers, at the same time, the few available and highly experienced workers are being mopped up by the governments of foreign countries.

While for such workers, that upward mobility may bring them greater financial rewards and job satisfaction, nonetheless, it remains a fact that Nigeria, which facilitated their training, inevitably ends up on the losing side.  The fact remains that, if doctors and nurses keep on fleeing the country en masse, this will further expose the country’s wretched health sector to paralysis.

READ ALSO: How To Migrate To UK As a Nurse From Nigeria

It is quite disturbing that Nigeria is fast losing its medical investment to other countries. In simple terms, this means that its future is imperiled, as no nation develops without critical human power. The constant hemorrhage of human resources in the health sector bodes ill for the country. Since the mass exodus of nurses and other healthcare workers would not happen if good working conditions were appropriately put in place, it becomes highly expedient that the system should be restructured in such a way that they are encouraged to stay in the country and give their best to the populace.

Unless and until the ravages in the sector are properly addressed, the mass exodus will continue to happen without a sign of stoppage in a near future. In any case, the government has become rather notorious for its obnoxiously poor handling of crisis in the sector.

Rather than adopting a conciliatory tone and seeking to foster a harmonious relationship with health workers, officials of the President Muhammadu Buhari-led government, including the Minister of Labour, have been known to address them disparagingly, thus enabling prolonged strikes. This, we dare say, cannot help the situation in the sector. 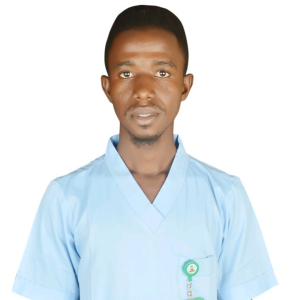 Abdullahi Suleiman is a Certified Registered Nurse based in Nigeria, an Entrepreneur and Also a Blogger, passionate about Community Development and journalist.

7 Reasons to Choose Nursing as a Career 2022

The Importance Of Networking For Nurses – Josephine Amoah

7 Reasons to Choose Nursing as a Career 2022

The Importance Of Networking For Nurses – Josephine Amoah

Naija Nurses network Registered with the Corporate Affairs Commission 9janurses.com was founded with a single goal in mind: empower the global community of nurses with helpful information through our website.