Hardly will anyone write the history of the development and advancement of Nursing Profession in Nigeria especially the northern part without acknowledging the enormous contributions and supports of Sen Rabi’u Musa Kwankwaso. Sen Kwankwaso is a former two-time Executive Governor Of Kano State and a former Senator of the 8th National Assembly.


He also served as Defence Minister under President Olusegun Obasanjo tenure. During his administration as governor of Kano State, Kwankwaso sponsored several nurses with RN Diploma Certificates to pursue their degrees in one of the Universities in Egypt. He further established two additional Colleges of Nursing and Midwifery in the State. One situated at his LGA of Madobi and the other one at Gwarzo LGA. While serving as Senator in the 8th NASS Kwankwaso singlehandedly sponsored a bill with the number SB.451.
READ THIS: Reforming Nigerian Nursing in The 21st Century – Olayemi Adeola
The title of the Bill is “AN ACT TO AMEND NURSING AND MIDWIFERY (REGISTERATION ETC) ACT CAP N143 LAWS OF THE FEDERATION OF NIGERIA 2004, TO RESTRUCTURE THE COMPOSITION OF THE COUNCIL, QUALIFICATION AND TENURE OF THE OFFICE OF THE MEMBERS OF THE COUNCIL, REVIEW PENALTY PROVISIONS, COMPOSITION OF THE TRIBUNAL, BACHELOR OF NURSING SCIENCE AND COMMUNITY MIDWIVES IN THE REGISTRABLE QUALIFICATIONS OF THE COUNCIL, GIVE THE COUNCIL TIMELINE WITHIN WHICH TO COMPLETE INDEXING OF THE STUDENTS, REGISTER PROSPECTIVE MEMBERS, AND THEM LICENSE AND COMMUNICATE THE DECISION OF THE COUNCIL TO INSTITUTIONS THAT APPLY FOR APPROVAL AND OTHER RELATED MATTERS”. T
Bill received the First and Second Reading on the floor of the Senate on 22/03/2017 and 20/12/2017 respectively. Unfortunately the Bill stopped at the Committee Level.
The Bill will have ensured alot of reforms in Nursing in Nigeria. We hope the Bill be passed one day. But it will take the presence of personalities like Sen Kwankwaso at the National Assembly (NASS) for the Bill to be amended and passed into law. To the amazement of many individuals even out of office Sen. Kwankwaso didn’t back off in his interest and desire to see the progress of Nursing Profession.
The distinguished former Senator started the construction and establishment of the only private College of Nursing in Kano State to be commissioned soon. So far the college has been said to be equipped with state-of-the-art instruments and facilitaties. He situated the college at his home town of Kwankwaso in Madobi LGA. The college is named Nafisatu College of Nursing and Midwifery (NAFCONM), Kwankwaso.
NAFCONM will become the second private college of nursing in Northern Nigeria and the only one in Kano State. What impresses so much about Sen Kwankwaso is the choice of the 21st of October the day he will celebrating his birthday to commission the College.
Congratulations and Happ birthday in advance distinguished Senator. Going through the various contributions to Nursing by this politician, one will begin to wonder why is this his special interest and passion on the development of Nursing? For me, the reasons are not far-fetched. It is due to his passion for an improved healthcare delivery system in Nigeria.
Sen Kwankwaso deserves commendation and encouragement from all stakeholders in the Healthcare industry for his zeal and passion to see improvement in healthcare delivery. Nursing Associations and bodies in the country must rewards the selfless efforts of Sen Kwankwaso and motivate many others.
Nursing Profession is the bedrock of the healthcare industry. For an effective healthcare delivery system in any nation the welfare and working conditions of Nurses must be taken care of and improved. It is in this regards that the World Health Organization (WHO) declared 2020 as Year of the Nurses.
WHO has encouraged all countries of the world to celebrate and appreciate the efforts of Nurses in promoting, preventing and curing patients of all ages and backgrounds across the globe. In conclusion, on my personal capacity and in recognition of various contributions of Sen. Kwankwaso to Nursing Profession in Nigeria I hereby him award this title: NIGERIAN NURSING AMBASSADOR.
Bilyaminu Bala Yahya
FMC YOLA,08109316250
bilyaminubala4@gmail.com
Share on facebook
Share
Share on twitter
Tweet
Share on linkedin
Share
Share on whatsapp
Share 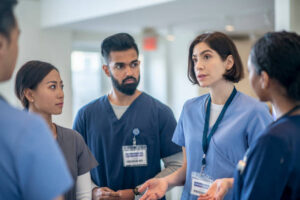 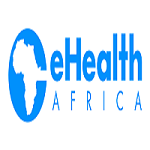